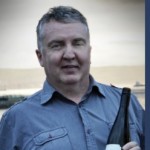 Alastair never drank wine until about the age of 23 but having visited a local wine merchant and completing their little wine course particularly after tasting a “proper” German Riesling having only tried Liebfraumilch previously! He became fascinated with the world of wine including the history and Geography as well as the diversity of wine itself. He completed the WSET wine courses including Diploma and was approached by Queens University Belfast in 1993 to conduct wine appreciation courses for their Open Learning sessions whilst still employed in financial services. Alastair is now a self employed wine consultant, educator, photographer & writer since 2004 and joined Classic Wine (N.I.) Ltd in Oct. 2004 as Senior Wine Adviser and Harry’s Road Fine Wines / Nick’s Wines as wine consultant in June 2008 – both wine & spirits importers in wholesale & retail.