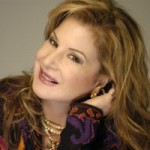 She is the publisher of AWineStory.com and syndicates her weekly column to a variety of newspapers, magazines, newsletters, and blogs.

A wine educator, Marisa holds three of the most important and rarest international wine designations including the Diploma of Wine and Spirits from the Wine and Spirits Educational Trust, the Certified Wine Educator designation from the Society of Wine Educators, and the ‘Certified Sommelier’ designation from the Court of Master Sommeliers in addition to numerous other designations from the American Sommelier Association and the Sommelier Society of America. She is currently enrolled in the Master of Wine education programme.

Marisa travels constantly, usually dragging along an enormous wine atlas (Jancis Robinson, anyone?) and enjoys discovering and then telling stories about the winemakers she meets. “Every wine has a story – it’s my job to make that story fun and entertaining,” says D’Vari, whose first career was as an executive in the Hollywood entertainment industry at TriStar films, where she worked with screenwriters to shape their stories.

In Boston Marisa produced and hosted the television show A Taste of Luxury (1995 – 2003) in which she interviewed the late Robert Mondavi and Julia Child, Daniel Boulud, Adam Tihany, Charlie Palmer, Todd English, and similar guests from 1995 to the present.

While in Boston, Marisa also taught a diploma level course at the prestigious Cambridge School of Culinary Arts and served on the board of the Roger Saunders School of Hotel Management.