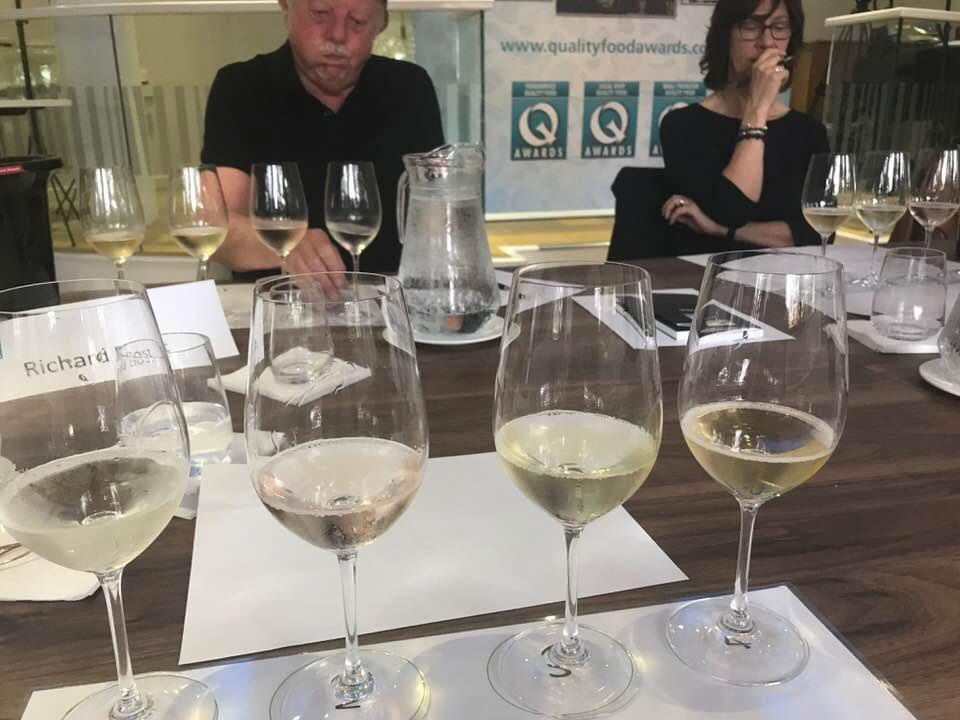 During the last week,  many wine educators have remembered Richard Bost, who sadly passed away. The AWE are collating all the comments are received, and as well as having sent mine, I wanted to add something extra.

Scrolling through my picture library, I came across this picture, which was taken on 15 August 2018. At that time, I was chairing the judges’ panel for the Quality Drinks Awards, and I had Richard on panel.  In the picture, he is doing his bit, with his professional, intent look before scoring the wine he was tasting.  It was a great day, the team really came together, we had 84 wines to score, it was a fairly long day as some wines left the panel divided, but in the end we got there. And it was hot, I remember that!

During the lunch break, Richard kept us entertained with his story of how he got into wine. He took his date to a restaurant and did not know what wine to order so he decided to order the most expensive one just to be on the safe side. The wine was so good, he was hooked.  He said he remembered the wine more than he remembered the lady he was with…..

Richard, you will be greatly missed. RIP.