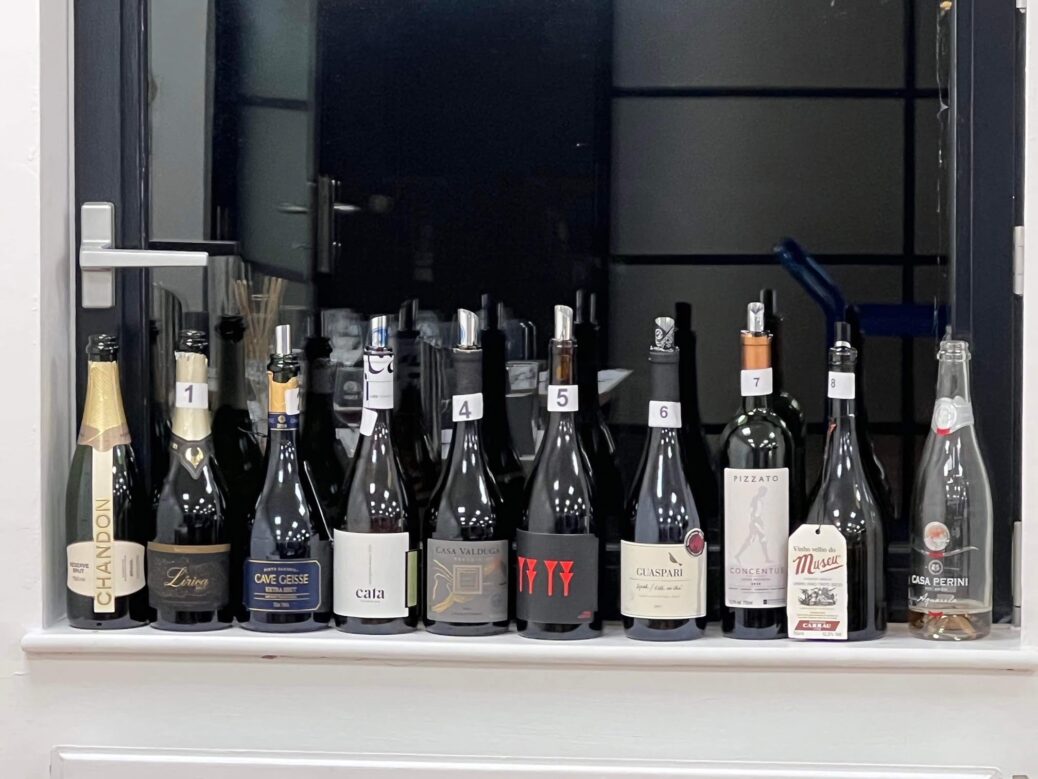 When you think of Brazil, you think of sandy beaches, rainforests, carnival and caipirinha, the  national drink made from cachaca, which is white sugar cane fermented and distilled.  Wine is not something that immediately comes to mind.

Until the 1990’s, Brazil was under a closed economy and there was no competition to Brazilian wines, which was produced at basic level and drank by the locals. When South America opened up and wines from Argentina and Uruguay started to arrive, Brazil had no choice but to make better wines if they wanted to survive. So it’s really just in the last 20 years that a wine ‘industry’ started to emerge.

You might be surprised to know that Brazil is the fifth largest wine producing country in the Southern Hemisphere, ahead of New Zealand.  There are 79,000 hectares of vineyards and more around 1.1k registered wineries – although the number is likely to be higher, with 20,000 winemaking families producing small amounts of wine either for themselves or for local cooperatives.

Brazil’s most important wine regions are located in Rio Grande do Sul state, in the South of the  country, where the method of production is very similar to Europe, with one harvest a year during the summer.  In the North,  the almost arid region of Vale do Sao Francisco, something completely new has emerged. It’s a place where you can harvest more than twice a year. In the  high altitude of Santa Catarina state – in the wine region called Planalto Catarinense, where temperatures are very low, one can even pick frozen grapes.

The winemakers are still experimenting with  international grapes such as Merlot, Cabernet Sauvignon, Pinot Noir, and also Sauvignon Blanc, Chardonnay and Moscatel.  Through trial and error, over the last 20 years they have find out what goes best where, to maximise wine quality and match the grapes to the right soil, climate and altitude.

Perhaps not surprisingly, Brazil’s ‘wine country’ is largely inhabited by Italian immigrants who have been here since the 1870’s, bringing with them vine cuttings from home to make their own wine. Many older residents still speak an Italian dialect, and the Italian culture has made an impact on the culinary scene too, so much so that it’s known as ‘the Tuscany of the southern hemisphere’.

Most Brazilian wines are generally easy drinking and quite fruity. Perhaps the best known are the sparkling wines,  thanks to champagne producer Moet & Chandon who invested in the Sierra do Sudeste area in the South of Brazil, to produce  a glorious Sparkling Chandon Reserve Brut NV, aged 18 months on lees.

Thiago Mendes, the founder of Brazialian WSET (Wine and Spirit Education Trust) provider Eno Cultura,  and a certified wine educator, was in London to present the changing face of Brazil.

After the Chandon Reserve, two more sparkling wines confirmed why Brazil is the new ‘one to watch’ in this sector. The sparkling Hermann Lirica Brut NV, 100% Chardonnay made by the traditional champagne method was a refreshing hit of fruit, whilst the Sparkling Cave Geisse Extra Brut 2019  with 36 months on lees, was intense and elegant.

The Cata Terroirs Sauvignon Blanc 2020 from Planalto Catarinese comes from a cold region, perfect for growing Sauvignon Blanc. Although at times frost is a problem, this region produces highly aromatic wines, intense on the nose and very fruity. The Planalto winemaker trained in Austria and Argentina among other countries, and brought back a wealth of experience to produce quality Brazilian wines.

The red wines tasted were an eye opener too.  The Vinhas do Tempos Cuvee A 2021, made from 100% Pinot Noir, is w in the Espirito Santo to Pinhal area, where the grapes are harvested in winter and the vine cycle is practically inverted from what is found in Europe. A short and delicate wine, with typical Pinot Noir notes.

Moving onto Pizzato Concentus 2020, this wine is made by Italian immigrants. Based on Cabernet Sauvignon, it is reminiscent of a wine from the Haut Medoc area of Bordeaux.

The Guaspari Vista do Cha’ 2017  from Espirito Santo do Pinhal displayed a young and fresh nose despite its age, and used Syrah, still in its infancy in Brazil, but a good example of what can be done with international grapes in this area.

Carru Vinho  Velho do Museu 2004 was actually from Uruguay, a Cabernet Sauvigno and Merlot with 30 months of oak. It served slightly chilled (cellar was temperature) which exalted the taste of the wine and its leathery qualities.

A welcome palate cleanser to end the tasting was the sparkling Casa Perini Aquarela Moscatel Rose’ NV, from Valedo Sao Francisco. A very accessible rose’ wine, from an area with tropical viticulture and two crops per year. Based on Moscato Branco, Moscato Giallo and Moscato de Hamburgo, this was a very pleasant, fresh and fruity wine.

Although the tasting was only a snapshot of what this emerging wine country is capable of offering, Brazil deserves the attention of international markets and it won’t be long before a good selection of wines will be found on shelf right here in the UK too.

Brazilian wines can also be found in South American restaurants of course, one that springs to mind is Paladar Wine Bar, Restaurant and Bodega in London’s SE1   paladarlondon.com

Note: in 2018 Eno Cultura was awarded WSET Educator of the Year 2017 and recognised for its outstanding social projects and incredible growth in the face of a challenging economic scenario. In 2018 the company received the Vinhas Velhas award by Bacco Multimedia, then awarded French Wine Scholar Provider of the  Year in 2020, and most recently LUXLife Food & Drinks awards 2021 Leading Specialists in Wine and Spirits Education in Latin America.