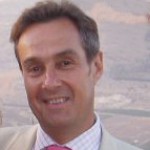 Full Member
...the tasting was brilliantly done and everyone I talked to loved it so thank you again. I will pass on your details to other Accenture accounts if they are looking to organize similar events. Sophia, Accenture
Twitter
LinkedIn
Facebook
AWE Member

Gilbert has been working in wine for quite a few years, and has found that what he enjoys most, and therefore is best at, is talking about it in an approachable, humorous and irreverent style.

He’s just about as qualified as he needs to be to do this. He started with Steven Spurrier in his wine empire in Paris, thinking he would stay a few months and then go home and get a proper job. He ended up staying with Steven for seven years, during which where he learned about French wine, food, and spending more than you earn, and progressed to teaching at l’Académie du Vin. Fully sated with all things French, he did a year’s winemaking at Castello di Uzzano in Chianti, where he came to realise that it isn’t only the French who make good wine.

Back in England since 1987 the Wine and Spirit Education Trust, and selling wine for various wine merchants, taught him about the rest of the world’s wines. He passed the WSET Diploma and their Certified Educator qualification. He does serious stuff like judging at the International Wine Challenge and other less well-known ones, and guiding consumer tours around European vineyards, and that’s fun. It’s presenting he enjoys most, though, and his style has been refined, if that is the right word, by twelve years of wine tastings and dinners for corporate groups, wine societies, sommeliers, birthday boys and girls, even hens and stags, anyone really who wants to have some fun with wine and learn a bit too; maybe with a quiz included in the event. He’s available for just about any type of wine event.