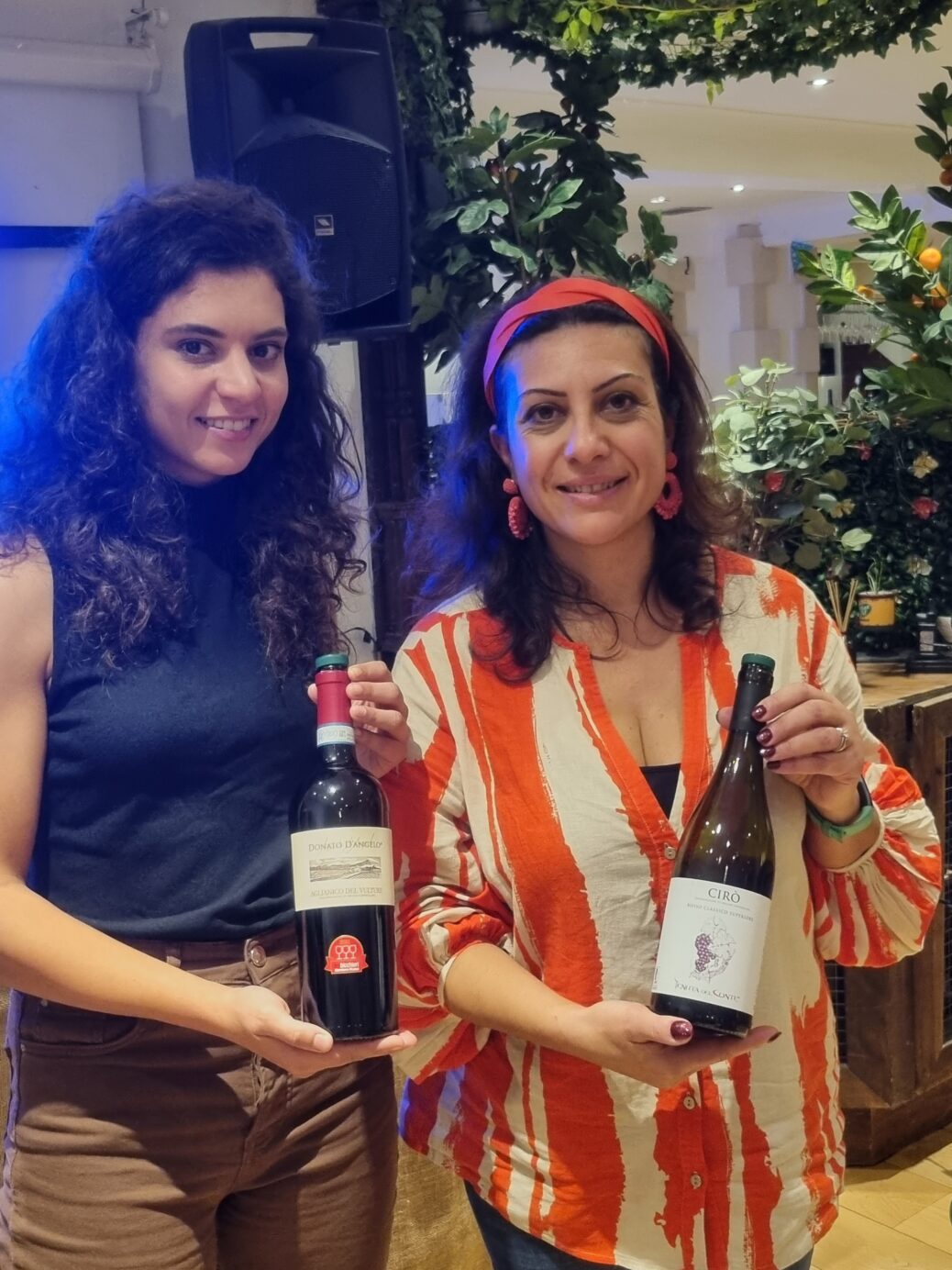 On Wednesday October 26th the AWE took over the downstairs room at La Pizzica restaurant in Fulham, for 2 Continuing Professional Development sessions, both based on Italy. This was the first face to face CPD we have done in nearly 3 years, for obvious reasons.

The first was by Giusy Andreacchio, who presented Wines from Basilicata and Calabria. She brought with her Emiliana D’Angelo, who showed us three wines from her family’s estate is Basilicata. Two were 100% Aglianico and the first was a blend, with some Cabernet Sauvignon. Between them they explained how the wine makers have tamed Aglianico, producing much more approachable styles, still big but better managed tannins, that will go well with food. They also discussed the issues going from DOC to DOCG, with all the bureaucracy involved, it’s no wonder they remain at DOC.

Guisy then showed three wines from Calabria, a white, a rosé and a red. The white was made from Greco Bianco and the other two from Gaglioppo, neither of which I had tasted before. She talked about the region and how the winemakers are coming together to revolutionise the area and wines.

Following a lunch that was considerably more copious than we expected, Nina Cerullo took over the reins and showed us 9 Chianti Classicos and explained the changes that have happened in the area. I am ashamed to say that I didn’t know that the rules had changed so that you cannot ‘drop down’ from Chianti Classico DOCG to just Chianti DOC if you are in the Classico region – it is a separate region, not a sub region of Chianti. The Chianti Classico region is now being split into smaller regions and these regions will be displayed on the front of the bottle from the 2021 vintage, so we will see them coming through in around 2024.

Both of these talks were both informative and entertaining, we are fortunate to have so many highly qualified people amongst our members. It was a shame that we only had 10 or so people attending. We are looking to arrange more talks, both face to face and online, but will be asking the membership what they want from these sessions.