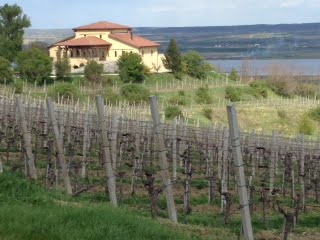 Prince Stirbey wines really are royal by name: these Romanian wines are produced by Princess Ileana – granddaughter of Princess Maria Stirbey and her husband, Baron Jakob Kripp. They began winemaking in 1999 after reclaiming and reviving the historical family property, the winery of which had been designed in a Tuscan style by Princess Ileana’s grandfather, Prince Barbu Alexandru Stirbey. 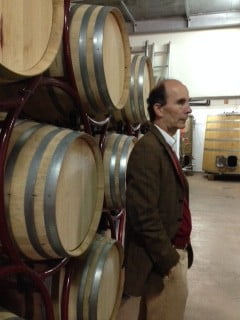 Soils are made up of sand, clay, loam

Grapes are picked in 17kg tubs and sorted by hand

Barrels are French and Romanian Oak

The completely family-run winery is set in the foothills of the Transylvanian Alps near Dragasani, where the family has owned vineyards for around 300 years. Prince Barbu Alexandru left an admirable legacy to the winemaking world: after phylloxera ravaged vineyards in the early 20th century, he owned one of the largest nurseries in Romania, which helped to graft local varieties.

The Kripps’ philosophy is to pay respect to the royal ancestors that founded the winery, they only produce single-varietal wines  believing that this gives each variety an opportunity to shine. The winemaker is German born Oliver Bauer.

Romaneasca (a relative of muscat) – which makes both dry and sweet wines – grown on the dark red cool loam and limestone soils on south-facing vineyards, which enhances the grape’s natural floral, aromatic spiciness and refreshing acidity.

Feteasca Regala – which has a concentration derived from grape skin tannin.

Novac – grown on east-facing slopes to benefit from the freshness of the morning sun, is aged for one year in 2 year old oak.

A family who successfully reclaimed their land and property after the 1989 Revolution, making some good wines.